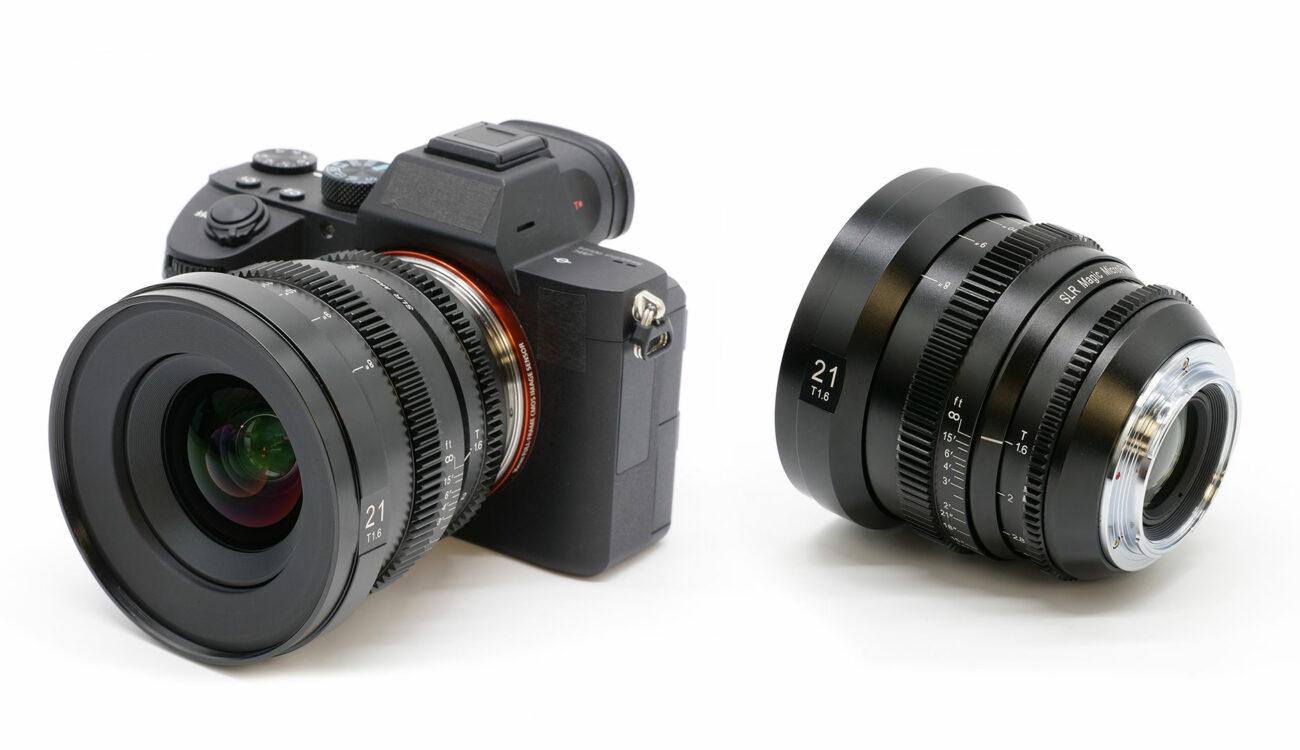 Primarily based on that success, the corporate began making FUJIFILM X-Mount variations of their MicroPrime CINE lenses. As well as, they now proceed to broaden their lineup with the launch of the MicroPrime CINE 21mm T/1.6 in each FUJIFILM X and Sony E-Mounts.

Like each different MicroPrime CINE lens, the 21mm T/1.6 is a fully-manual lens made from metallic, and has customary 0.8 mod/32 pitch gears on each the main target/aperture rings.

The entrance diameter of the lens is 85mm for clip-on matte containers, and it has an 82mm filter thread. What’s good is that almost all SLR Magic MicroPrime CINE lenses have an identical type issue and weight, making lens swaps a breeze.

What do you consider this new lens for FUJIFILM X-Mount and Sony E-Mount cameras? Did you already shoot with SLR Magic MicroPrime CINE lenses? Don’t hesitate to tell us within the feedback down under!